Use of a figurative trademark

According to the observations of the author of this contribution, cancellation proceedings in relation to Union trademarks having been registered for more than 5 years are steadily increasing. This is not astonishing bearing in mind that the Union trademark system exists now for more than 20 years.

A Union trademark registration is subject to the owners’ use after a period of 5 years following its registration unless proper reasons for non-use exist. Otherwise, a trademark cannot be enforced. Moreover, it is subject to cancellation request to be filed by third parties because of non-use. The use must be genuine. In that regard, an overall assessment must be made taking account of all the relevant factors in the particular case. There is an interdependence between the factors which have to be taken into account. Low volume of goods or marketed under the trademark at issue or limited performance of services performed under the service mark may be compensated for by a high intensity or a certain constancy in time of the use or vice versa. Moreover, the turnover achieved and quantity of product sales or services performed under the earlier mark cannot be assessed in absolute terms but must be considered in relation to other relevant factors, such as the volume of commercial activity, the production or marketing capacities or the degree of diversification of the undertaking exploiting the mark, and the characteristics of the products and services on the market in question. Moreover, such use must occur publicly and outwardly.

In addition to the above, commercial factors in a wider sense the trademark must have been used either in the registered form or in a variation which leaves the distinctive character of the mark as registered untouched. The latter aspect played the decisive role in a most recently published decision of the Fifth Board of Appeal rendered on 23 August 2019.

A cancellation request of the figurative mark 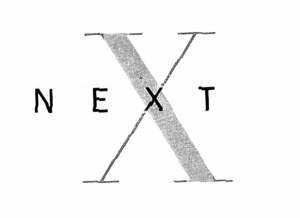 was filed because of non-use. Apparently most of the material filed by the Proprietor as proof of use did not show the trademark as registered but mainly the word “NEXT”, samples of which are shown below: 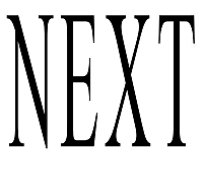 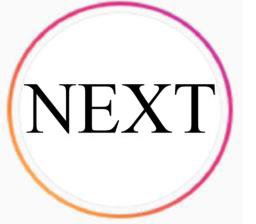 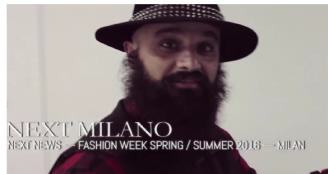 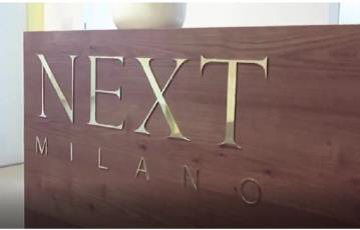 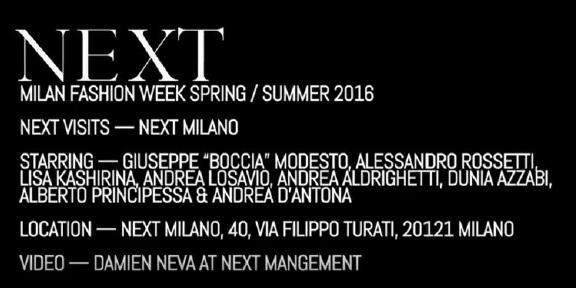 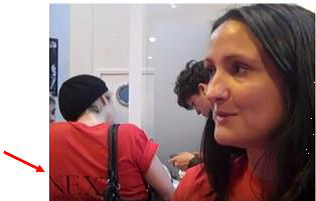 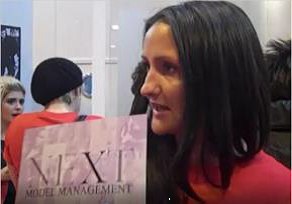 Thus, the question arose whether the trademark as such had been used at all.

The author of this contribution dares to allege that practitioners being quite familiar with the EUMTR in general and the case law of the Boards of Appeal and subsequently of the General Court as well as of the CJEU will be astonished about the assessment of the Board of Appeal that the trademark as registered has been particularly used in the form of the word “NEXT”. In Recital 68 we learned, the practitioner must take note of the following assessment:

“As to the way this word is depicted in the contested EUTM, the Board observes that it is reproduced in standard black typeface. Behind the letter ‘X’ there is the depiction of another letter ‘X’ in larger size and in grey. It is slightly stylized, in particular in its extremities, all showing horizontal lines. According to the considerations expressed in the contested decision, this letter ‘X’ intersects the letter ‘X’ of the word element ‘NEXT’. For this reason, it is unlikely that the public will view the larger letter ‘X’ as an additional element conveying the perception that the contested EUTM is ‘NEXT X’. On the contrary, the presence of this letter has only the purpose to visually reinforce the letter ‘X’ of the word element ‘NEXT’.”

The Applicant sought protection for a figurative mark and obviously the EUIPO registered it as such and not as a word mark. This is even acknowledged by the Board of Appeal by stating that

“… the presence of this letter [“X”] has only the purpose to visually reinforce the letter ‘X’ of the word element ‘NEXT’.”

While it may be the case that phoneticly the trademark as registered may just be referred to as “NEXT”, this appears to be irrelevant for the question whether the trademark has been used in its registered form. Otherwise, any figurative trademark composed of design elements and a distinctive word element would be used in compliance with the use obligation if (substantially) use occurs only to the word element and not in combination with the device elements (if the same are distinctive as such) although by claiming protection for figurative mark the Applicant regards the design elements as essential and participating in the protection.

The decision shows a further interesting further procedural aspect worth to be discussed. According to observations in Recital 11 of the decision, the members of the Board seem that they had performed searches in Google’s® search engine producing material which in the opinion of the Board was further proof of the use of the trademark as registered. According to case law (Centrotherm Systemtechnik, C-610/11P), the burden is on the trademark proprietor to prove that the trademark has been put to genuine use or that proper reasons for non-use exist. In all proceedings before the EUIPO as far as third party proceedings are concerned (opposition, revocation, invalidation). Thus, the Board of Appeal should have relied only on material provided by the parties, in particular of the trademark owner and not on any further documentation produced trough own searches of the Board members. Insofar it is questionable whether the neutrality of the Board is guaranteed.